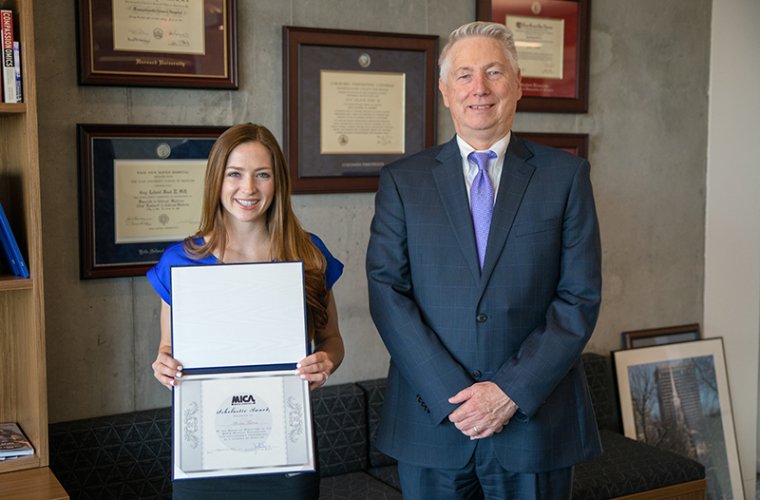 They were awarded the following:

Tyler Hoelscher said the award will help him not only financially, but personally.

“Medical school really requires you to throw your entire self in, and sometimes we medical students tend to be our own harshest critics,” he said. “This award reminded me that people can see my successes also, and that there are people looking out for us.”

Alexia Tatem said the scholarship “represents the hard work I have put in during medical school resulting in outstanding academic achievement, which I wouldn’t have been able to do without the support of my family and mentors.”

The foundation was founded in 2014 to support physician education and training, medical care delivery research and improved patient outcomes in the communities they serve.