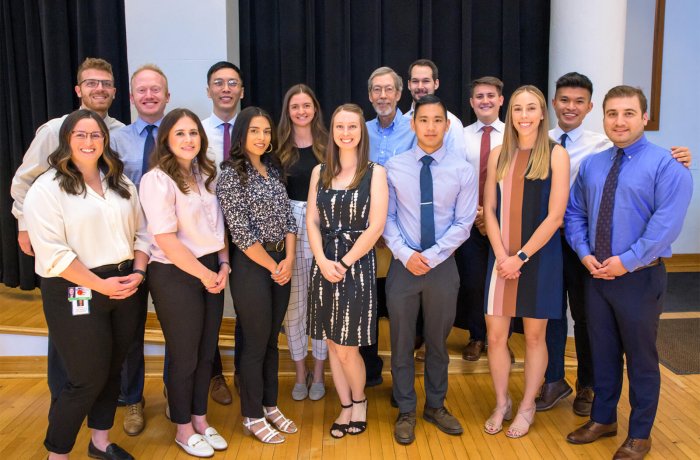 Class of 2022 Celebrated at Awards Luncheon 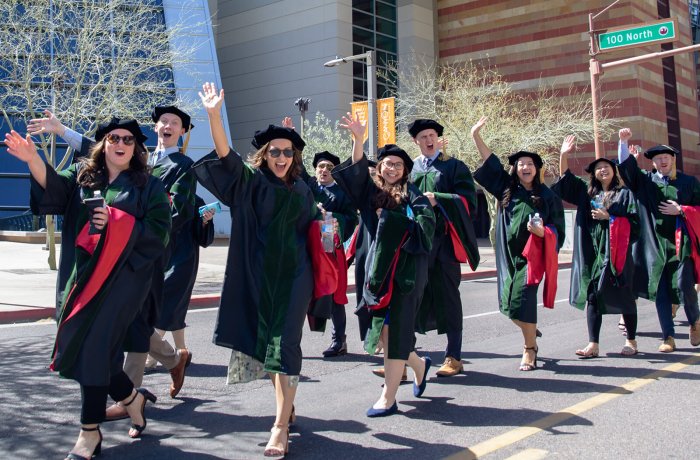 From MS4 to MD: Class of 2022 Officially Become Doctors

Amid a day of joy and celebration, 72 newly minted physicians begin the next phase of their journeys 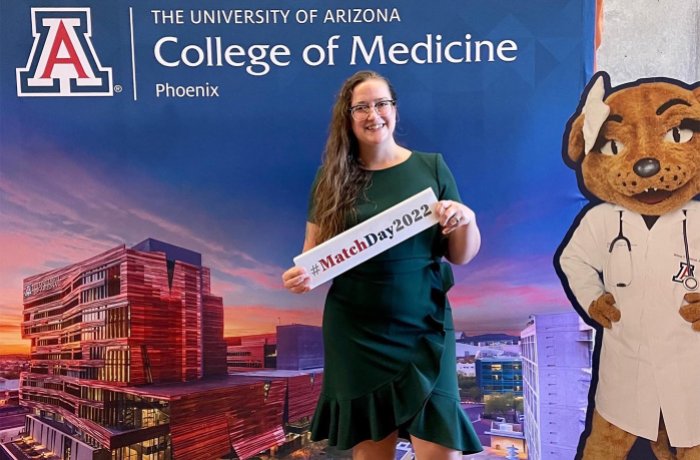 After her mom experienced a health scare, Archuleta decided to become a physician and help those in rural communities 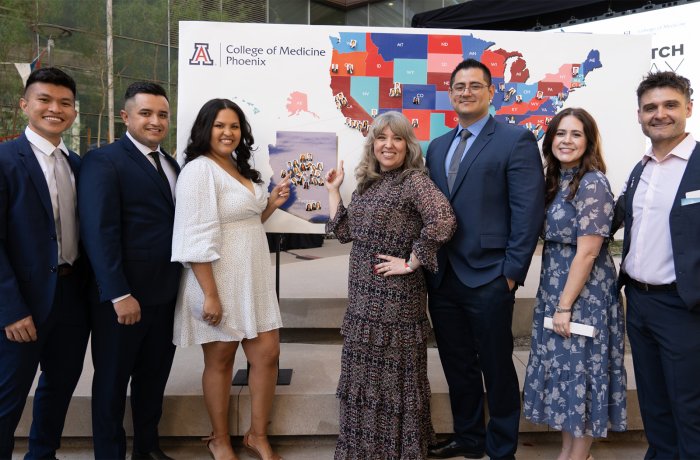 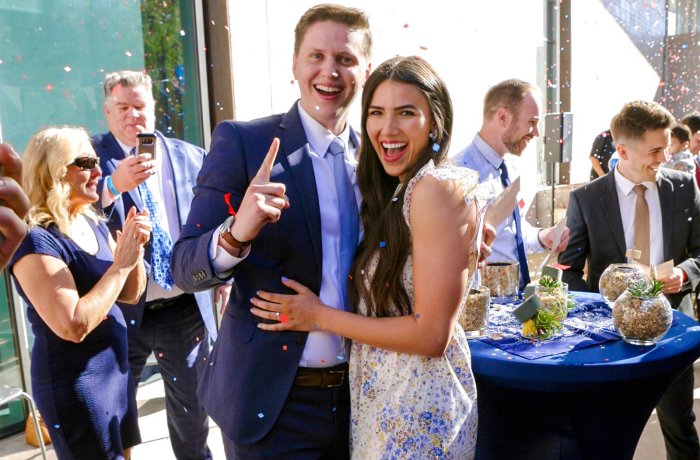 Swensen saw medicine as a chance to apply the scientific principles of his undergrad, while also helping those in need 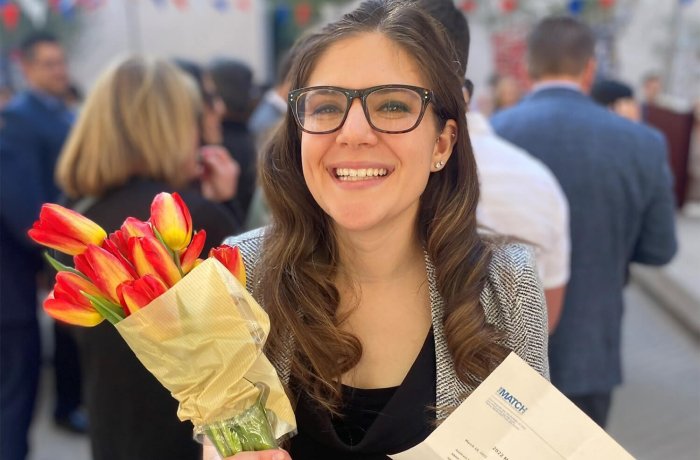 Combining her love for social justice and medical education, Meilech hopes to continue her mother’s legacy of helping... 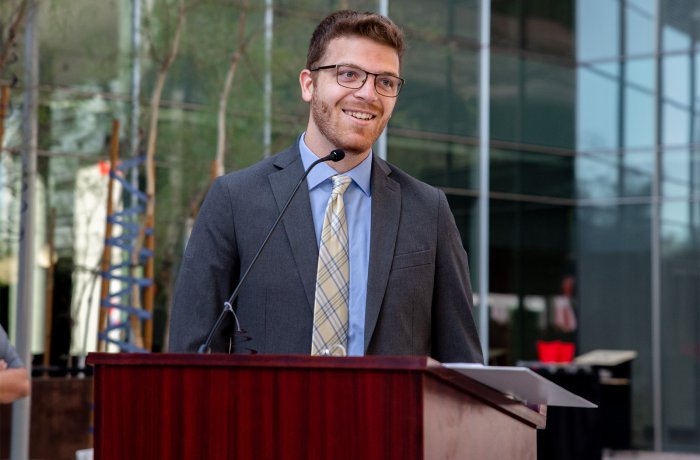 Inspired by his time working with physicians, Wohlford chose to switch paths and will continue to foster his love for... 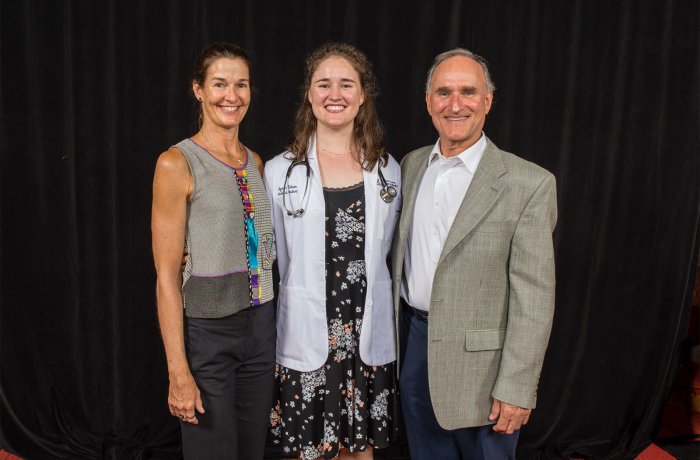 Fascinated by neuroscience and biology, Tukan continues her family’s legacy of helping others through medicine 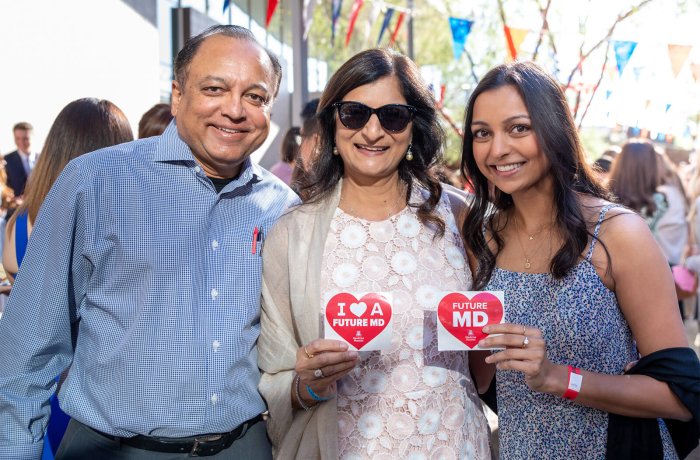 The White Coat Ceremony was initiated in 1993 at the Columbia University College of Physicians and Surgeons. The Robert Wood Johnson Foundation supports the widespread adoption of this celebratory and solemn event, which has been adopted by roughly 97% of medical schools. Beginning in 2007, the College of Medicine – Phoenix began holding the ceremony at the conclusion of the first academic block, Introduction to Medicine, as a rite of passage to engage in patient and clinical experiences.

Match Day is the culmination of a complex year-long process that matches the nation’s graduating medical students with residency programs. Match results are released nationally at Match Day ceremonies coordinated to occur on the same date – the third Friday in March – at the same time (1 p.m. Eastern time) each year.

Commencement marks a student's journey to the final phase of their medical study. Though theoretically their studies are not yet complete, this day signifies their transition from the classroom to their desired medical field.