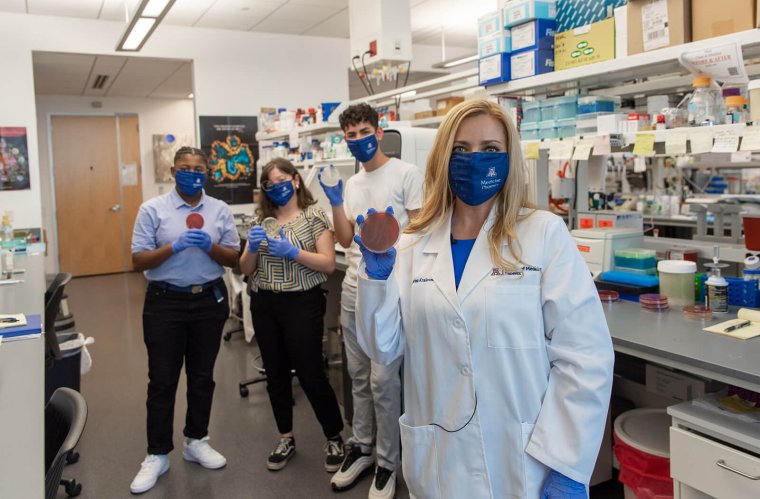 Melissa Herbst-Kralovetz, PhD, and the Roadtrip Nation Crew in Her Lab

In the latest Roadtrip Nation series, "All Paths Arizona," three young students — who are figuring out their paths in life — set out on a filmed road trip across Arizona. The students interviewed innovative and inspiring leaders in various fields to learn about their backgrounds, career paths, obstacles they faced along the way and wisdom they can share as a result of their personal journeys.

The series focuses on what the future of Arizona looks like — specifically through the range of accessible postsecondary pathways that make it possible for all Arizonans to achieve their unique goals.

Jasmin, a first-generation biomedical sciences student from Phoenix, chose to interview Melissa Herbst-Kralovetz, PhD. Jasmin was inspired by Dr. Herbst-Kralovetz's research in women's health, and especially, her goal to improve treatment and outcomes for women from Latinx and Native American populations. The group visited the University of Arizona College of Medicine – Phoenix and toured the Herbst-Kralovetz Laboratory in May 2021.

Roadtrip Nation is a nonprofit self-exploration and education-based media company, which has been producing award-winning documentary films and series for the Public Broadcasting System (PBS) for more than 20 years. The Roadtrip Nation curriculum is available to 14 million students across the country. 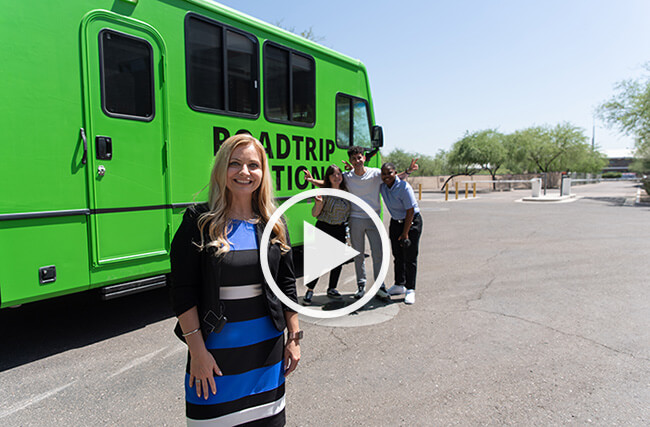