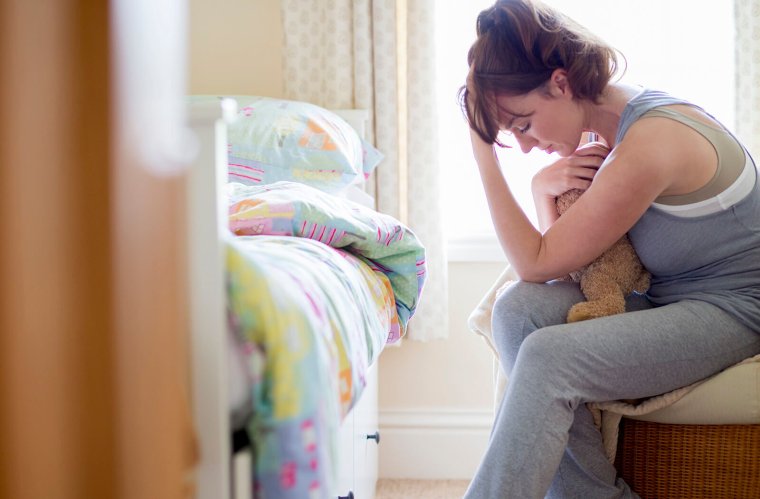 Results from a new research study at the University of Arizona College of Medicine – Phoenix, in collaboration with Barrow Neurological Institute at Phoenix Children’s Hospital, provide evidence that when a pregnant woman suffers a traumatic brain injury (TBI), her unborn baby is also harmed. Pregnant women have risk for TBI from falls and motor vehicle collisions, as well as intimate partner violence (IPV).

The study led by Jonathan Lifshitz, PhD, professor of Child Health at the UArizona College of Medicine – Phoenix, found multiple lines of evidence to support that a mother’s TBI interrupts the unborn baby’s brain development, similar to the adverse effects of alcohol, drugs, Zika and German Measles during pregnancy. Gravida TBI (gravida is the medical term for pregnancy) changes the brain development of the baby and later the offspring show evidence of depression, anxiety and an altered immune response. Among the study’s findings, male offspring showed more outcome measures were affected post-partum.

“We’re really concerned that the effects of brain injury in a pregnant individual can travel through the blood stream and disrupt the development of the unborn child. This study shows that gravida TBI in mothers can have transgenerational effects on children, where more research can determine how the trimester of pregnancy, genetics and environmental conditions affect risk,” said Dr. Lifshitz.

For women, TBI and IPV are closely related and typically cause a domino health impact for them, and now for their unborn children. Sixty to 90 percent of women who suffer IPV assaults also sustain a TBI. When intimate partner violence becomes physical, the attack is usually directed to the head, neck and face, which causes a TBI or concussion. Women experience IPV and TBIs regardless of age, sex, socioeconomic background or culture, and the root cause of these injuries go unreported to health care providers. In addition, IPV is the leading cause of death in women of childbearing age and when women are pregnant, it significantly increases the risk and severity of IPV. A retrospective study at the Barrow Neurological Institute and the 2010 Summary Report of the National Intimate Partner and Sexual Violence Survey (NISVS) indicates that one in three females will experience IPV in some form during their lifetime, but only 21 percent of victims will seek medical treatment for physical assault.

“Specifically, our research looked at mental health issues, such as anxiety and depression, and the effects of gravida TBI were more prevalent in our male offspring than they were in female offspring. As we complete more research, gravida TBI may explain neurodevelopmental issues and possibly gender or sex trends in mental health disorders. The social impact of the research we’re doing stems from the fact that a large portion of people are exposed to intimate partner violence — physical assault perpetrated by a known abuser on another individual. What’s even worse is that intimate partner violence increases in intensity and frequency when one partner is pregnant,” said Dr. Lifshitz.

The research study also suggests these children should be closely followed by their health care providers due to potential neurodevelopmental issues. For example, if and when a pregnant woman presents at a hospital emergency room or during pre-natal visits, providers should fully document a suspected TBI from IPV on the medical record. This important step triggers further medical evaluation and initiates tracking and follow-up care for the child.

Gravida TBI is an unknown condition in medicine because the systems span obstetrics, neurology, pediatrics and beyond. Recognition by health care providers and introduction in medical school curriculum could raise awareness of it as a serious, lifelong medical condition.

“We are focused right now on understanding to what extent gravida TBI effects are present in babies and children. These findings will aid researchers and health care providers in devising societal and medical treatments to support children who were exposed to gravida TBI during fetal development,” said P. David Adelson, MD, co-author of the study, chief of pediatric neurosurgery, professor of Child Health and director of the Barrow Neurological Institute at Phoenix Children's Hospital.

The research study was published online Aug. 12, 2021, in the peer-reviewed Journal of Neurotrauma, the official journal of the National Neurotrauma Society. Models were studied in a laboratory setting to generate control and non-control conditions, and the development of their mixed-sex offspring was measured. During the study, the offspring were observed for 10 weeks (75 days), which is equivalent to young adulthood.

This research was conducted through the Translational Neurotrauma Research Program, which was established in 2012 as a partnership between the University of Arizona College of Medicine – Phoenix, Barrow Neurological Institute at Phoenix Children’s Hospital and the Phoenix VA Health Care System.