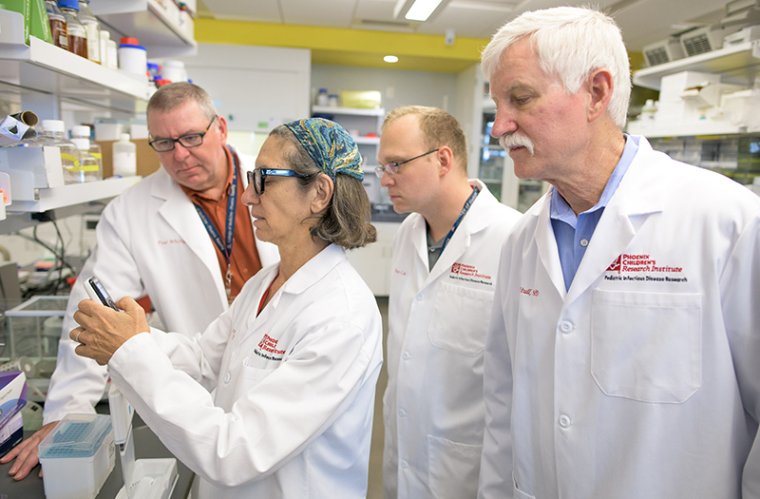 Researcher Hopes to Find Cure for the Common Ear Infection

Our laboratory is a molecular genetics laboratory. My research has focused on H. influenzae since my Infectious Diseases fellowship training in Seattle after training to become a pediatrician. For many years, we investigated the molecular events that allowed H. influenzae to cause infection, specifically the molecular mechanisms of iron and heme acquisition. We decided that we spent so many years studying the H. influenzae that we would try to get rid of it. The way to get rid of it would be a vaccine. So, we took our molecular genetics skill set and applied it to the world of vaccinology.

What is Your Approach?

We are interested in using reverse vaccinology to identify protein vaccine targets for H. influenzae. In reverse vaccinology, we use bioinformatics and analyze genome sequences rather than starting by growing the bacteria. We start backward.

During the past five years, we have identified the most likely H. influenzae vaccine targets that the immune system could attack to prevent infections. Now, these proteins can be tested to see if they protect against ear infections and infections in people with COPD.

Why is this Research Important?

Development of a vaccine against H. influenzae would be an important step toward eliminating ear infections and improving the lives of the 11 million adults with COPD, the third most common cause of death by disease in the United States.

Are You Involved in Additional Research?