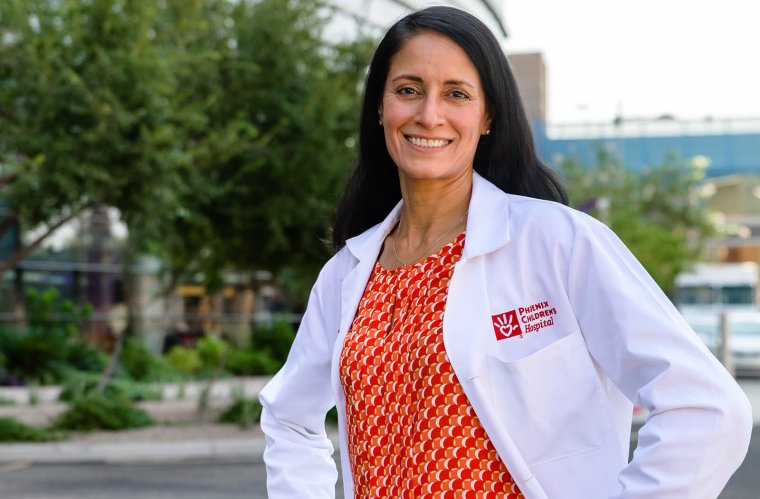 Davinder Singh, MD, is the division chief of Plastic Surgery at Phoenix Children's Hospital; a clinical associate professor of Child Health at the University of Arizona College of Medicine – Phoenix; and an assistant professor of Surgery at Mayo Clinic in Scottsdale. She also serves as the co-medical director of the Barrow Cleft and Craniofacial Center and has been in practice in Phoenix since 2006.

She is active in leadership within Craniofacial Plastic Surgery at the national and international levels and serves on the Executive Council for both the national and international organizations. Dr. Singh is actively involved in research and teaching and serves as section editor for the American Cleft Palate Craniofacial Journal and the FACE Journal.

Name someone who influenced you and why.

As I reflect on my evolution as a surgeon, wife and mother, I recognize that there are so many teachers and mentors who influenced my life path, but it is my mother who influenced me the most. During a generation when most women did not work outside the home, my mother managed to teach full-time, run the household and raise three children. She never complained about all of her “work” and continued to be patient and kind, teaching us the virtues of hard work and independence.

Tell me about a stretch goal you set for yourself and then achieved.

I set a goal of building a Division of Plastic Surgery, which could not only meet all the clinical needs of patients, but was also focused on research and education. I joined Phoenix Children’s Hospital in January 2017 with the hospital’s support to build a comprehensive division. We now have five surgeons — all fellowship trained in the different subspecialties of plastic surgery — and four advanced practice providers, with plans to recruit more! Our division has two National Institutes of Health-funded grants, and we are educators to medical students and residents with plans to start fellowships in the next one to two years.

I frequently found my suggestions and input overlooked during meetings and within organizations and struggled to find a way to be involved in leadership within my specialty. Part of me wanted to walk away, but a larger part of me wanted to have the leaders recognize and appreciate the diversity of ideas and people. I realized that building individual relationships with the other surgeons nationally and internationally and continuing to volunteer through committees would help me achieve my goal of being a leader and mentor within craniofacial surgery. In the last few years, I was elected to serve as an officer for the American Society of Craniofacial Surgeons and on the executive council for the International Society of Craniofacial Surgeons.

When I was going through surgical training and early career, the leadership and organization was very hierarchical. Initially, I fell into this “surgical mindset,” but realized that this was not the way to build effective teams and programs. I have learned a number of leadership lessons along the way — the most important one being the need to listen and collaborate.

The numerous professional women who worked so hard for their careers and successes have paved the way for me. While they may not have realized that they were “paving the way” for generations of women to come, they have collectively served as my mentors and role models. I am particularly drawn to the writings of Ruth Bader Ginsburg because she overcame so many obstacles and persevered until she could shed light on gender inequality in the workforce, and did it during a time when it was taboo to even speak about it.

I feel passionately about mentoring anyone who is interested in the medical field — from my own pediatric patients to younger colleagues who have already chosen the path of craniofacial surgery. We have medical students and residents who spend time with us on a regular basis both in our clinics and in the operating room. I enjoy teaching them about my specialty and getting to know them as individuals. One of the biggest determining factors in selecting a career path within medicine is mentorship, and I am fortunate to have the privilege of serving as a mentor.