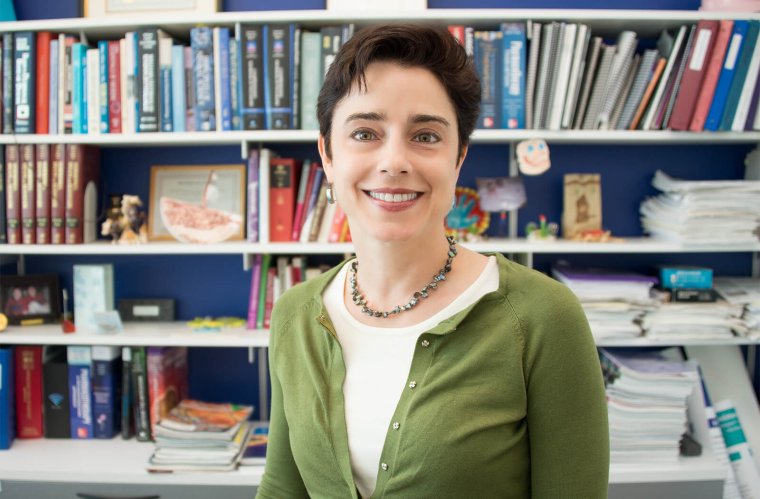 Researchers at the University of Arizona College of Medicine – Phoenix identified the effects of an environmental stressor, sleep deprivation, that could alter the balance controlled by antipsychotic drugs and impact individuals with schizophrenia.

The serotonin 2A (5-HT2A) receptor is widely distributed in the brain and plays a critical role in perception, cognition and psychosis. It is also responsible for the psychedelic effects of drugs, such as psilocybin (hallucinogenic mushrooms) and LSD. Abnormal 5-HT2A receptor function is associated with psychiatric disorders, including schizophrenia. The leading class of antipsychotic drugs used to treat schizophrenia targets 5-HT2A receptors to reduce symptoms of hallucinations and impaired cognition.

A study led by Amelia Gallitano, MD, PhD, professor in the Department of Basic Medical Sciences and Psychiatry at the UArizona College of Medicine – Phoenix, found that an environmental stressor, sleep deprivation, can significantly increase the levels of serotonin 2A neurotransmitter receptors in 6 to 8 hours in animal models. For individuals with schizophrenia, these findings suggest environmental stressors may alter the balance in brain receptors that are controlled by antipsychotic drugs.

“Our study shows it is possible for environmental stimuli to change the levels of receptors that have important roles in the brain — in a matter of hours,” said Gallitano, whose lab focuses on investigating the interaction of environmental stress and genetic predisposition in the development of psychiatric illnesses. “Now we think we know the mechanism through which this happens; it's through the gene EGR3.”

The role of 5-HT2A receptors in controlling one’s ability to understand and process information has been extensively studied. However, the signaling process that regulates this gene expression has remained poorly understood — until now.

Receptor proteins on the surface of brain cells control the internal communication network of the brain. These receptors are created when a gene (a region of DNA) is turned on and produces the instructions (messenger RNA) that the cell uses to create the protein, in this case the 5-HT2A receptor. How many of the receptors are made, and present on the cell surface, determines how the brain cell responds to the neurotransmitter serotonin, and also to drugs that bind to the receptor, such as antipsychotics, LSD and psilocybin.

The 5-HT2A receptor receives its encoded instruction from the HTR2A gene. The study revealed that proteins produced by EGR3, an early growth response gene, also were required for expression of the 5-HT2A receptor.

The function of EGR3 is to bind to DNA and turn on and off other genes. The findings showed stimuli caused by sleep deprivation triggered EGR3 to bind to the 5-HT2A receptor gene and turn on its production of mRNA instructions to make more protein. This resulted in more 5-HT2A receptors present in the brain within several hours.

The findings from this study enhance understanding of how environment alters expression of brain receptors that mediate prefrontal cortex function. Activity in the prefrontal cortex region of the brain is essential for spatial reasoning and working memory. Dysfunction in this area may contribute to the cognitive deficits that characterize schizophrenia.

Schizophrenia is a mental illness characterized by abnormalities in perception, thinking and memory. The illness disrupts cognition, sleep and memory processes, causing patients to experience hallucinations and disassociation from reality.

In the search for treatments for severe psychiatric symptoms, drugs that initiate a physiological response by binding to 5-HT2A receptors are experiencing a resurgence. The fact that 5-HT2A receptors mediate the hallucinogenic effects of drugs, such as LSD and psilocybin, suggests this receptor may influence the hallucinations and perceptual disturbances of schizophrenia.

“We want to understand the genes that get expressed as a result of environmental stimuli and how that gene-environment interaction influences behavioral changes that can give rise to mental illness symptoms,” Gallitano said.

This research was supported by National Institutes of Health grants R01 MH097803 and R21 MH113154-01A1 awarded to Gallitano. The findings were published in Molecular Psychiatry.