The reimagine Health Research Symposia will develop into a preeminent venue in which thought leaders from academia, industry, health care and the community present and discuss solutions to contemporary challenges in the biomedical sciences and health care — attracting an international audience.

The reimagine Health Research Symposia provide an open and inclusive platform for the dissemination and discussion of significant and current challenges and solutions facing the health of humankind. To accomplish this goal the venue brings together experts to present and discuss scientifically underpinned findings, as well as social and ethical matters. 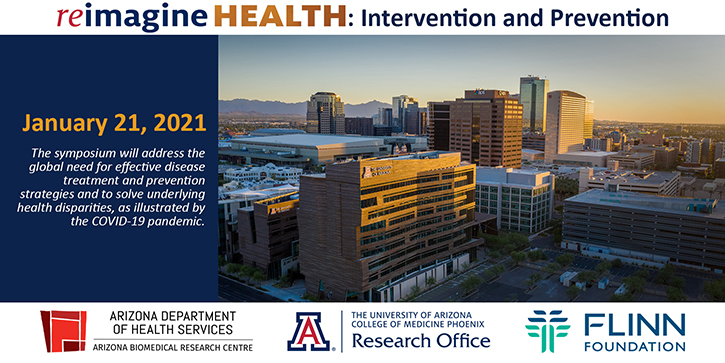 The 3rd Annual reimagine Health Research Symposium will be held on Thursday, January 21, 2021. Attendees will be able to attend the symposium virtually via Zoom.

The symposium will focus on current topics in the areas of Intervention and Prevention of important diseases that are impacting humankind. It will emphasize approaches for a variety of diseases and crises — including COVID-19, cardiovascular disease, cancer, opioid addiction and the challenge of needing to develop novel antibiotics. Attendees will learn from and engage with leading experts who will present and discuss contemporary treatment and prevention strategies in the areas of drug discovery, vaccine development, addiction management, the use of artificial intelligence, as well as ethical and social factors contributing to these approaches. 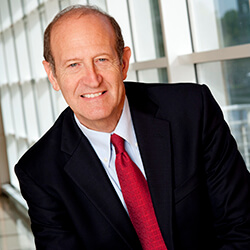 Dr. Gary J. Nabel was the chief scientific officer, Global Research and Development at Sanofi. In addition to serving as senior vice president for the company, Dr. Nabel also oversaw the Breakthrough Lab — which developed the first trispecific antibodies now in development for HIV as published in Science, as well as cancer immunotherapies and novel vaccines.

An author of more than 450 scientific publications, Dr. Nabel joined Sanofi in 2012 from the National Institutes of Health, where he served as director of the Vaccine Research Center (VRC) since 1999; during which time, he provided overall direction and scientific leadership of the basic, clinical and translational research activities and guided development of novel vaccine strategies against HIV, universal influenza, Ebola and emerging infectious disease viruses. His work encompasses basic mechanisms of HIV gene activation, structure-based vaccine design and immunotherapy.

Dr. Nabel graduated magna cum laude from Harvard College in 1975 and continued his graduate studies at Harvard, completing his PhD in 1980 and his MD two years later; this was followed by a postdoctoral fellowship with David Baltimore at the Whitehead Institute. In recognition of his expertise at the forefront of virology, immunology, gene therapy and molecular biology, Dr. Nabel was elected to the National Academy of Medicine in 1998. Among his many other honors, Dr. Nabel received the Amgen Scientific Achievement Award from the American Society for Biochemistry and Molecular Biology, the Health and Human Services Secretary’s Award for Distinguished Service and is a fellow of the American Association of Physicians, as well as the American Academy of Arts Sciences.

The reimagine Health Research Symposium is co-sponsored and planned by the Arizona Biomedical Research Centre, the University of Arizona College of Medicine – Phoenix Research Office and the Flinn Foundation.

If you have questions about the symposium or would like to become a symposium sponsor, please contact the Research Office.